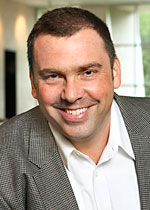 Gebhardt, Carpenter, and Sherry’s article reports on an exceptionally thorough qualitative study of how firms are becoming more market oriented. In contrast to much of the literature on market orientation, this article focuses on instituting change in a firm’s market orientation. The reported study involved in-depth and longitudinal investigations of firms, including oral histories, reviews of historical documents, and ethnographic fieldwork with focal firms’ employees, customers, channels, suppliers, and consultants. The research formed the basis for the professors’ recently published book, Resurgence: The Four Stages of Market-Focused Reinvention (Palgrave Macmillan, February 2014).

Nominations for the award were solicited from members of the JM Editorial Review Board, and a committee of former journal editors made the selection. The award is given to honour articles that have made long-term contributions to the discipline of marketing. This year, the committee considered all articles published in JM between 2004 and 2008. The criteria for selection include the quality of the article's contribution to theory and practice, its originality, its technical competence, and its impact on the field of marketing.

Professor Gebhardt holds a PhD in Marketing from the Kellogg School of Management, Northwestern University, and an MBA from the Weatherhead School of Management, Case Western Reserve University. Before earning his PhD, he worked as a consultant and executive in industry for 13 years. He is an Associate Professor at HEC Montréal since 2012. Professor Gebhardt’s research interests include marketing strategy and implementation; how managers collect and make sense of market information; market-orientation; managerial decision making; and the process of innovation.