2nd place for 5 MSc students in the APICS International competition

The team, which also won a $1,500 prize, was coached by HEC Montréal Assistant Professor Julie Paquette and Montreal APICS chapter representative Nicolai Rassolov, who holds an MSc from HEC Montréal.

The five students represented not only HEC Montréal but Canada as a whole, having won the Canada-wide competition in January. The competition involved several rounds of a simulation featuring Fresh Connection, a fictitious company, and the five finalists had to deliver a presentation on their strategy.

Twelve teams representing different countries made it through to the final round. Seven were from competitions in the different APICS districts, and five represented the continents of Asia, Africa, Europe, North America and South America.

Created in Cleveland in 1957, APICS (American Production and Inventory Control Society) is a recognized professional association in the field of operations management. It offers its more than 37,000 members in some 200 countries training, certification and research, in addition to producing a number of publications. 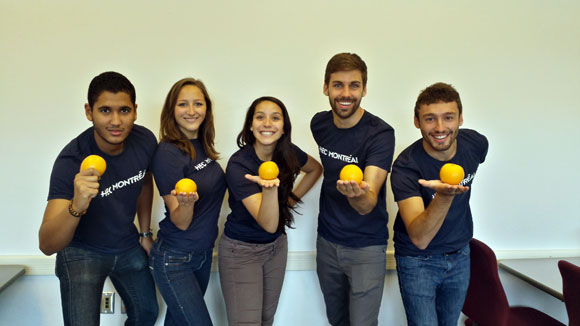