Every year, HEC Montréal holds an award ceremony to salute the work and excellence of its faculty. Two of these distinctions – the Jean Guertin Award and the Pierre Laurin Award – crown the particularly noteworthy careers of individuals who have gained their peers’ highest respect. This year, the Jean Guertin and Pierre Laurin awards went to Jean-Charles Chebat and Pierre Hansen, respectively, two international authorities in their fields. 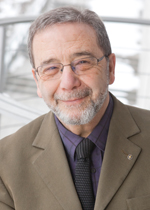 Letters of support for Professor Chebat’s candidacy for the Jean Guertin Award poured in from all over the world, clearly pointing to his global reputation and his esteem in the eyes of his former students and the many peers with whom he collaborated through the years. Over the course of his nearly 45-year career, Professor Chebat touched generations of students and researchers, in particular thanks to his ability to draw on different disciplines in expanding insight into new fields of marketing research. He joined HEC Montréal in 1996, and held the Chair of Commercial Space and Customer Service Management until his recent retirement.

In the last 15 years alone, Professor Chebat taught at all university levels and supervised some 120 Master’s and PhD students, helping tomorrow’s leaders hone their skills. They were unstinting in their praise, describing him as a mentor, an intellectual authority, an enthusiastic teacher and an exceptional educator. In addition to his absolute commitment and his willingness to listen, they all remarked on his rigorous reasoning, his innovative research, his creativity and his generosity. Professor Chebat always did his best to open doors to university and publishing networks for his graduate students, and cultivated lasting and valuable relationships with them.

Professor Chebat’s career was marked by inter- and multidisciplinarity and frequent collaboration with researchers from around the world. Under the general theme of consumption, he studied the psychology of consumption environments, time psychology, human cybernetics, advertising semiotics and the paradoxical behaviour of dissatisfied customers, among other subjects.

He has often been lauded for the innovative nature of his research, both in Canada and abroad. For instance, Professor Chebat was the first Marketing professor appointed to the Ordre national du Québec and elected to the Royal Society of Canada, and was also the first, in 1991, to receive the ACFAS – Jacques Rousseau award for multidisciplinarity. He was also the first researcher to twice win, in 2004 and in 2011, the Leaders in Business Research and Practice award from the SPROTT School of Business (Carleton University), recognizing the exceptional contribution of a Canadian or international researcher in the field of management. He is a Fellow of several scientific societies, and also received the 2011 Marketing Trends Award, a mark of international recognition for his overall achievements in the field of marketing, as well as an Honorary PhD from the Université de Rennes. In 2005, he has been awarded the Sir John William Dawson medal by the Royal Society of Canada, in recognition of his eminent and sustained contribution to multiple domains of interest to the Society. In 1997 and in 2003, he won the HEC Montréal Pierre Laurin award for excellence in research. 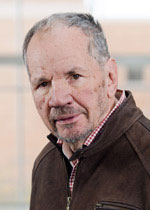 In 2013, Pierre Hansen managed a real exploit, winning the HEC Montréal award for excellence in research for a record fourth time (as well as in 1996, 2002 and 2010). With his many passions and insatiable intellectual curiosity, in addition to his vast scientific knowledge, Professor Hansen has an in-depth understanding of scientific philosophy, literature, music and political science.

After starting out in chemical engineering, he turned to operational research and optimization methods. He has been with the Department of Management Sciences at HEC Montréal since 1990, and also holds the Data Mining Chair, a valuable field of research for companies and organizations looking to extract information from their masses of archived data that will give them a competitive advantage.

Professor Hansen is recognized as one of the world’s leading researchers in his field, and has built bridges between various disciplines. His work actually applies to 15 different disciplines, and is marked by surprising multidisciplinarity. Among other fields, he is interested in combinatory optimization, global optimization, graph theory, automatic classification, economic theory, uncertainty in artificial intelligence and mathematical chemistry. The methods he has developed have also been applied in such fields as electricity, marketing, acoustics, telecommunications and finance.

For Professor Hansen, “the beauty of mathematics, and in particular of operational research, largely lies in the countless applications they offer in all areas of human activity, including in other branches of mathematics.”

A prolific and widely cited author (14 books and over 400 papers and book chapters) and highly sought-after guest professor and lecturer, Professor Hansen has contributed to a number of prestigious journals in the field of operational research. From 1996 to 2001, he directed the Group for Research in Decision Analysis (GERAD), an interuniversity centre bringing together some sixty experts in management sciences, operational research, theoretical computer science, mathematics and mathematical engineering.

He was elected to the Royal Society of Canada in 1999 and the International Academy of Mathematical Chemistry in 2005. The many distinctions he has received are evidence of his high standing in the scientific community. They include the 2008 ACFAS – Jacques Rousseau award for multidisciplinarity, the Euro Gold Medal, the main award from the Association of European Operational Research Societies (1986), and the Award of Merit from the Canadian Operational Research Society (1997).