Ann Langley is one of the 10 people honoured this year by the NHH (Norwegian School of Economics and Business Administration). That School, which is celebrating its 75th anniversary in 2011, will award her an honorary PhD on September 7.

This distinction is a way for the NHH to recognize the valuable collaboration between Professor Langley and the researchers in its Department of Strategy and Management. Professor Langley has co-authored a number of papers and books with some of them, and has also made a notable contribution to the School’s PhD program, as a member of various thesis committees and co-ordinator of program courses.

Ms. Langley joined the HEC Montréal faculty in 2000, and directed the MSc and PhD programs from 2003 to 2006. Her main areas of expertise are strategic processes and practices, organizational management in the health field, decision making and innovation.

In 2008, she was appointed to hold the Canada Research Chair in Strategic Management in Pluralistic Settings at HEC Montréal. Professors from the universities of Montreal, Ottawa, Alberta, London and Zurich and from the Norwegian School of Economics and Business Administration are all associated with the Chair. She also co-directs the Strategy as Practice Study Group at HEC Montréal, collaborating with colleagues from some 15 universities.

Professor Langley is an influential and highly regarded figure in the university community, both at home and internationally.  She has been a guest professor not only in Norway but also in the United Kingdom, France, Switzerland and Brazil. Last year she was elected a Fellow of the Royal Society of Canada. 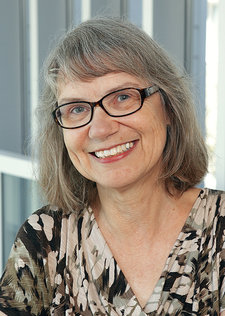