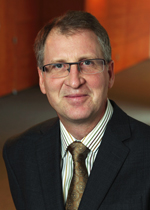 Jacques Raynauld, a Professor with the Institute of Applied Economics, received the 2010 Jean Guertin Award at the annual HEC Montréal awards ceremony on November 17. Earlier, he had received the 1993 Pierre Laurin Award for his research publications in 1992-1993.

In his career spanning more than 30 years of teaching economics at HEC Montréal, Professor Raynauld has distinguished himself with his avant-garde approach in both his course content and his teaching methods.

Holder of the Chair of Learning and Teaching Technologies in Management Education since it was founded in 2003, and Director of the Maison des technologies pour la formation et l'apprentissage Roland-Giguère (MATI) since 2008, Professor Raynauld directed the BBA program from 1993 to 2000.

During that time he introduced some major reforms in the program, which led in particular to the creation of an innovative multidisciplinary course entitled “L'entreprise en action.” He also created the “Problèmes et politiques économiques” course and co-ordinated 2nd-year core courses for close to 20 years, for which he designed all the teaching materials.

Professor Raynauld oversaw the introduction of the Virtuose program for BBA students in 1998, a major technological shift that made the use of laptops and new technologies a key part of their learning experience. It was Professor Raynauld, in co-operation with Professor Olivier Gerbé, who launched Zone Cours (soon to be version 2.0), the School’s electronic course management system, in 2004. He has been a member of several committees focusing on innovation in teaching, and has also actively contributed to the growth of the Passport to the World international exchange program.

Professor Raynauld, with colleagues from the Institute of Applied Economics, wrote a textbook entitled Problèmes et politiques économiques. It was published for the first time in 1988 by Presses de l'Université du Québec, adapted for France and published there in 1989 by Dunod, translated into English in 1994 and published by Prentice-Hall Canada, and reissued in 2008 in Quebec. It has now been complemented by a “Web companion.”

Professor Raynauld’s colleagues are unanimous in their praise for his enthusiasm and its impact on the courses he has taught and his teaching methods. A talented professor and great educator, he has been described by one of his former students as someone who “awakened” him to major political, ethical and environmental issues, always ready to help and offer advice, and encouraging students to excel.

Professor Raynauld has directed 25 MSc students who have submitted theses or supervised projects, and many of them have gone on to do their doctoral studies in economics. Some twenty of his former students in the “Techniques de prévision et d'analyse” course have ended up working at the Bank of Canada, known for its very strict selection process.

An expert in time series econometrics and, in particular, in VAR (vector autoregression) models for purposes of analysis and forecasting of Canadian monetary policy, Professor Raynauld has been a guest researcher at the Université des sciences sociales Toulouse I and the Université Pierre-Mendès France, in Grenoble. He has written many scientific articles, book chapters, case studies and papers for symposia, and is a member of the editorial committee or scientific committee for a number of scholarly journals.

At the moment Professor Raynauld is working on different projects including Open Syllabus, an “electronic school bag” and an innovative method for identifying erroneous notions in economics. 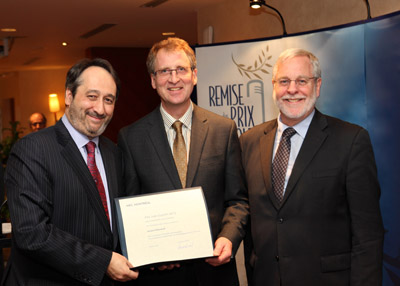