J.-Denis Duquette, HEC 56, who served as the School’s Secretary General from 1971 to 1995, was named this year’s distinguished alumnus, an honour granted by the School and the HEC Montréal alumni network for both his career accomplishments and his social commitment. Enthusiastically applauded by the audience of some 250 guests, Mr. Duquette, who has devoted a large part of his life to the School’s development, emphasized his pride in contributing to the international stature of an institution so dear to his heart.

As usual, the annual alumni meeting was a chance for participants to update their knowledge in different management fields, guided by some of the School’s professors. On the general theme of “Passport to Knowledge,” professors Laurent Simon, Robert Gagné, Yannik St-James and Marlei Pozzebon looked at the creative economy, prosperity in Quebec, reinventing brands and the citizen economy. This year’s meeting also included a first in Quebec, as David Plouffe, Chief Campaign Manager for Barack Obama, came to talk about some leadership lessons he learned from that extraordinary campaign, so often held up as a model.

The recipients of this year’s Quebecor business journalism scholarships were also announced at the meeting. The awards will allow ten HEC students to receive top-flight training combining a knowledge of economics and business with a solid understanding of today’s media world. These budding journalists will benefit from the expertise of a mentor, write articles and deliver actual reports on activities happening at or related to HEC Montréal. The Réseau HEC also took the opportunity to present a plaque honouring the “Jury’s Choice” at the HEC Montréal Relève d'Excellence awards, Sébastien Daoust, HEC 99, an advisor with Raymond Chabot Grant Thornton.. 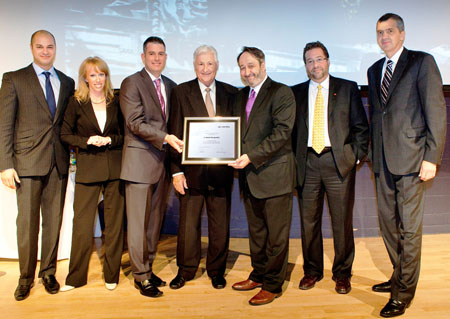 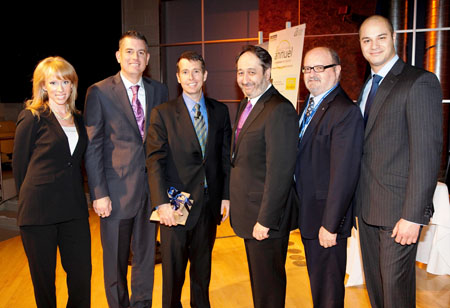 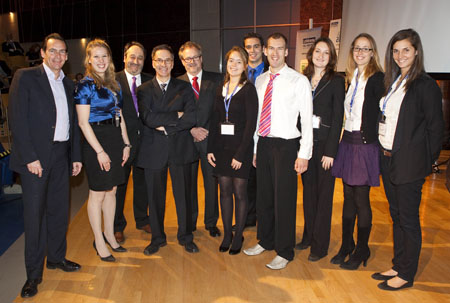