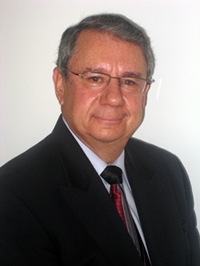 Izak Benbasat, holder of the Canada Research Chair in Management of Information Technologies at the Sauder School of Business of the University of British Columbia, was one of six individuals presented with honorary doctorates from the Université de Montréal in recognition of their exceptional contributions in their respective fields. The degree was conferred on him at the recommendation of HEC Montréal. The ceremony was attended by HEC Montréal Director Michel Patry and a number of professors from the Department of Information Technologies.

When Professor Benbasat began his career as a researcher in the 1970s, information systems management was still a completely new field. He focuses on the efficient use of information technology by decision makers. Among other topics, he examines ways of improving manager-computer interactions, the design of computerized decision-support systems and optimizing communications in business-to-consumer electronic commerce.

In co-operation with Albert Dexter, he developed the first analysis method for decision-making tasks. It can be used to determine the most effective way of presenting information, so as to improve the quality and rapidity of decision making. This work led to a task-technology fit model explaining how the best decision-support information can be provided by an IT system.

Professor Benbasat has published many articles in international journals. Between 1989 and 1994, he collaborated on Management Science, a key journal in the management field. From 1994 to 1997, he was a Senior Editor for Management Information Systems Quarterly, recognized as the leader in its field, and then Editor-in-Chief of Information Systems Research from 1999 to 2002.

Izak Benbasat has received many distinctions for his contributions to teaching and research, including the MIS Quarterly Distinguished Scholar Award in 1993, and the Killam Teaching Prize in 1996 and the Killam Research Prize in 1998, awarded by the University of British Columbia. In 2005, he was elected a Fellow of the Royal Society of Canada.