Louise St-Cyr, holder of the Chair of Small and Medium-Size Business Development and Succession, and Francine Richer, a research professional at the School, co-authors of L’entrepreneuriat au féminin au Québec, and Mohamed Dioury, a teacher at Collège François-Xavier-Garneau and author of Mondialisation : peu de gagnants, beaucoup de perdants, tied for the top 2008 Business Book Award from the HEC Montréal Co-op. The three authors will share a $10,000 cash prize from Desjardins. The award was presented at a ceremony at HEC Montréal on June 5, attended by over 170 guests from the business, academic, media, political and publishing communities.

Ms. St-Cyr and Ms. Richer, visibly delighted at winning the award, emphasized that their book, which traces the careers of ten women entrepreneurs in Quebec, is not intended as a comparison between male and female entrepreneurs. “We wanted to introduce the public to some women entrepreneurs and describe their role in Quebec’s economic development, better understand where they came from and how they succeeded as managers of their organizations. They are role models for both men and women,” they explained. 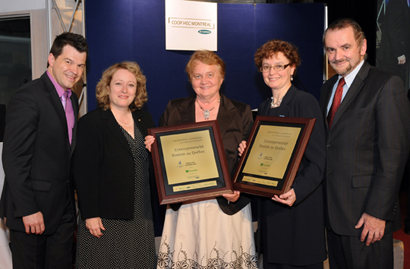 Jean-François St-Pierre, Director of the HEC Montréal Co-op book store, Andrée Lafortune, Full Professor in the Department of Accounting Studies, Francine Richer and Louise St-Cyr, co-authors of one of the two winners of the top Business Book Award, and Michel Nadeau, Chair of the jury and Director of the School’s Institute for Governance of Private and Public Organizations.

The award for the best educational business book went to Louis Jacques Filion, holder of the Rogers - J.A. Bombardier Chair of Entrepreneurship, for his book Management des PME. Professor Filion underscored the contribution of the 31 researchers who collaborated on the book, “renowned researchers in the field of entrepreneurship both here and abroad, who have made this book an educational tool useful for students and company managers alike.” 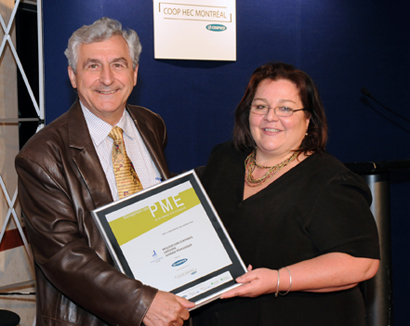 To mark this 13th edition of the Business Book Awards, the organization and the jury paid tribute to Jean-Paul Gagné, Editor emeritus of Les Affaires, in recognition of his exceptional contribution to the advancement of business literature and economic journalism. 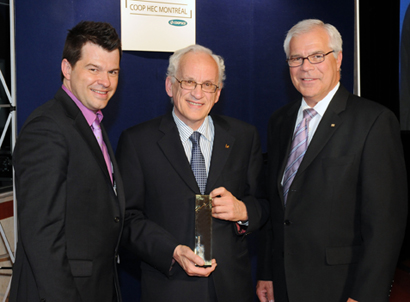 A number of finalists were also interviewed live by Laurent Simon, Associate Professor in the Department of Management. “The guests found this very interesting,” noted Jean-François St-Pierre, Director of the HEC Montréal Co-op book store and organizer of the Business Book Awards.

All in all, 56 books were submitted to the jury by 26 Quebec publishers. With $15,000 in cash prizes, the Business Book Awards is one of the main Canadian literary events.