“We had to come up with an integrated communication plan for our product, NU Nature from Proxim,” explains Valentin Millet, one of the members of the winning team. “We had three months to develop a campaign, including advertisements, a plan and a media strategy.” In keeping with tradition, the university teams were coached by an advertising agency. This year, members from the bleublancrouge agency took on that task.

“HEC Montréal trains people with strong strategic skills, and we do very well in that respect. Unlike teams from other universities, though, we can’t recruit any members with backgrounds in creation, filmmaking or graphic design to help us with our campaign. So it makes it even more of a challenge for us, and even more gratifying when we win,” says coach Jean-Sébastien Marcoux proudly.

This is the fifth time that HEC Montréal has come out on top in the Relève publicitaire. 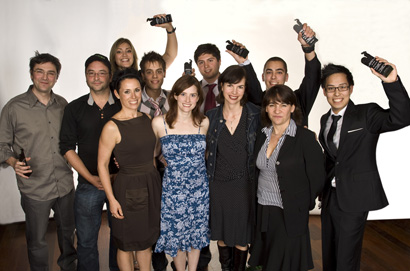