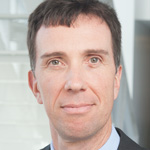 Jacques Neatby has more than 20 years of experience as an organizational development specialist, consulting for the executive teams of various national and international companies. Known for his business acumen, he has been called upon to support restructuring and post-merger integration efforts in Asia, Europe, Australia and North America. In 2010, he joined forces with the management teams of Lafarge, a world leader in building materials, as a special advisor. He has simultaneously pursued his consulting work with top executives at several leading North American and European companies.

Courses given by Jacques Neatby: